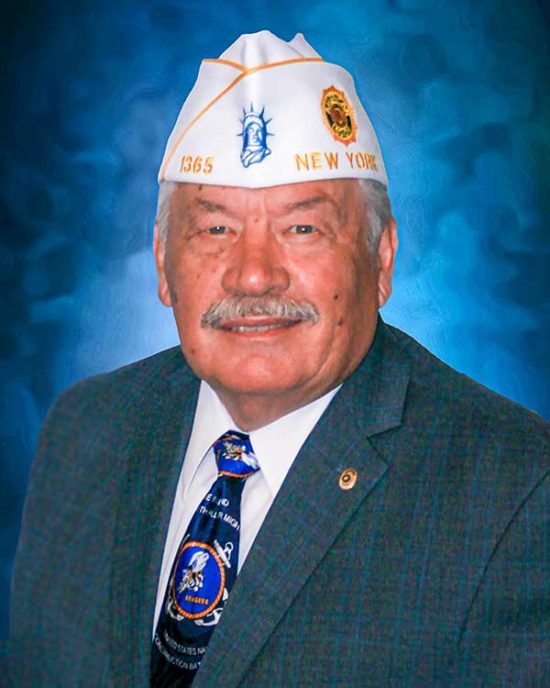 Vietnam veteran Frank A. LaMarsh of Staten Island is the commander of The American Legion Department of New York.

His election and installation on July 31, 2021 capped the three-day Department Convention held at the Crowne Plaza Desmond Hotel, Albany.

Enlisting in the U.S. Navy after high school, LaMarsh trained in construction and helped rebuild the Seabee base at Gulfport, Mississippi after it was destroyed by Hurricane Camille. He then deployed to DaNang and later Bien Hoa, Vietnam. He was discharged from active duty in February 1972 and received his honorable discharge in 1975 after serving three years in the reserves.

LaMarsh married his high school sweetheart, Nancy, after returning from Vietnam. They raised five children and now have ten grandchildren.

After studying computer engineering at Albert Merrell School, LaMarsh joined IBM as a customer engineer and then account representative, overseeing computer systems at Morgan Guaranty Trust Co. After 13 years with IBM, he joined Morgan Guaranty, serving in various management positions, including managing the Customer Assistance Center Operations. When technology was outsourced to Computer Science Corporation (CSC), he joined CSC. After the merger with Chase Bank, he returned to J.P. Morgan Chase as a vice president.

His other affiliations include Veterans of Foreign Wars, Vietnam Veterans of America, and the Salvation Army Advisory Board.